The year 2020 has been full of horrifying things. We've got a global pandemic, racial injustice, murder hornets, election campaigns........and now snakes are climbing the walls. Go home 2020, you're drunk.

Kyle Crane recieved a Ring doorbell notification on his phone. The Missouri man pulled up the app and saw what he thought was the head of a lizard. Since he was home, he went out to investigate and found it was not a lizard.....it was a SNAKE. The snake was several feet long and hanging out on the wall. Check out the photo Kyle shared with Kansas City's News Channel 4. 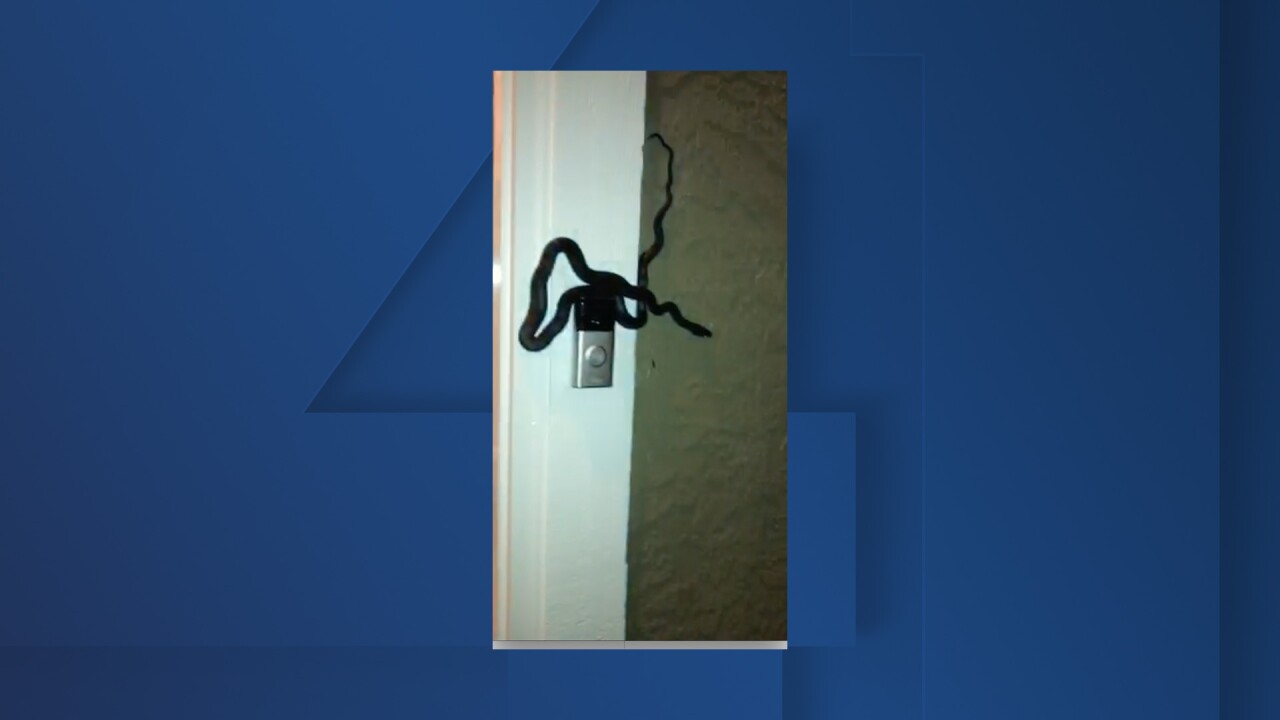 "I was going to grab him by the tail and put him in a bag, but then his tail was right there by his head, and I didn't want him to bite me and get defensive,” Crane said. “So, I actually got some tongs out that we use for cooking, and I grabbed him and plopped him in the bag.”

In the video, Crane held up the bag and noted that the snake was flaring his tail, trying to imitate a rattlesnake.

It also showed Crane freeing the snake from the bag, with a, “See ya, buddy. Get out of here,” as the reptile slithered away.

The snake wrangler said he stayed calm through the ordeal because he's into hiking, camping and outdoor activities so he's used to seeing snakes – just not on his doorbell.

About Jones and Company